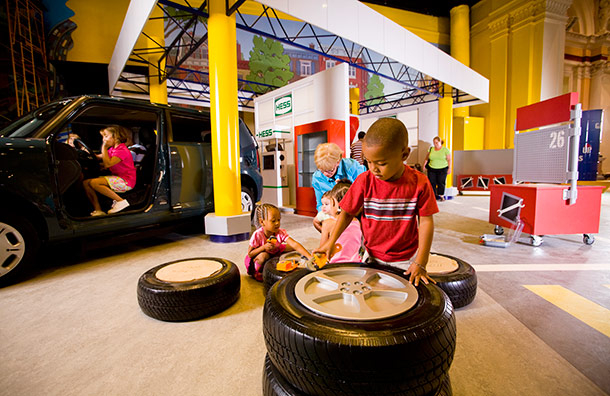 Following a long hiatus on financial difficulties, National Children’s Museum has restarted welcoming visitors in downtown DC. It features a ‘play to learn’ theme inside its 33-thousand-square-feet new location only minutes away from The National Mall.

The museum reopened on February 25th at 1300 Pennsylvania Avenue NW. It is adjacent to the Ronald Reagan Building and has its separate, main entrance on the Woodrow Wilson Plaza between Pennsylvania and Constitution Avenues.

President Crystal Bowyer, the youngest professional with such a role nationwide, describes the establishment she runs as both a children’s museum and a science center. A mom herself, she promises to inspire the next generation of innovators.

“I’ve met people who saw one gear in a stairwell and it inspired them to go into robotics and they invented the Da Vinci robot that does heart surgeries every day. I kept hearing these stories and realized the impact a museum can have on a child,” she told WJLA for a February 25th report. 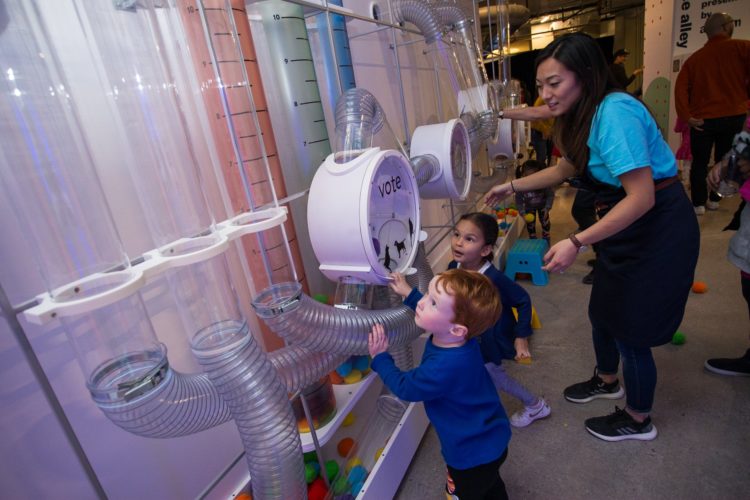 Lots of Fun for Kids & Adults

The museum has about a dozen exhibits that take their themes from science, technology, engineering, arts, and math (STEAM).

Visitors begin their experience inside with what the museum calls the Dream Machine. It is a giant, three-story climber and a 42-feet slide that is wheelchair-accessible at multiple points. They can then move on to different areas appropriate to their ages.

The Little Dreamers and Little Movers spaces, for instance, are designed specifically for ages up to three. STEAM and Storytime programs, on the other hand, engage young learners in early literacy and playful hands-on activities. 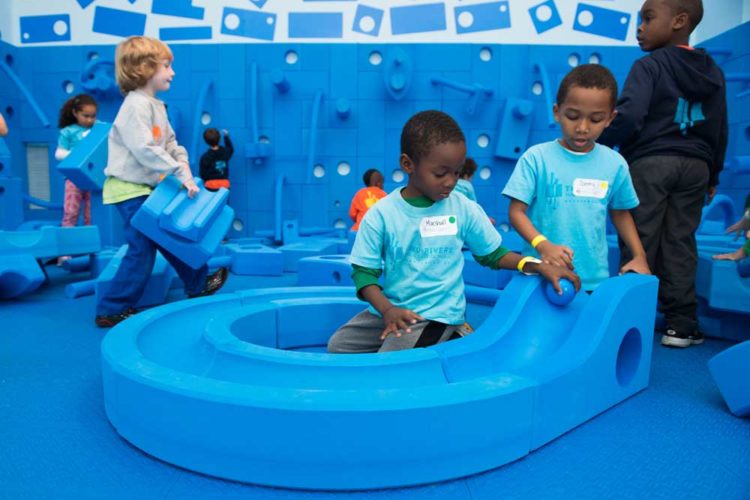 Visitors can also purchase their tickets as they arrive but the management urges them to reserve their slots in advance to ensure entry at a date and time that they prefer.

Admission fee applies to all visitors older than one. It includes daily pop-up experiences, weekend family workshops and early childhood programs as well as all the exhibits inside. The museum offers two membership programs with varying privileges as well. It is also possible to organize a birthday with reservations at least two weeks in advance. As a non-profit, the establishment relies on donations as well as revenue from admissions and such events to remain open. Previously, financial hardship has forced it to close more than once.

Thanks to the centrality of its new location, the museum is conveniently accessible via public transport from across town. For those who would still prefer to drive, there are several private garages within close proximity to the museum including that of the adjacent Ronald Reagan Building.